So it's been awhile since I have talked about how I am doing health wise. I went to the doctor a week or so ago cause I was feeling horrible again. I was only a couple months off iv's and I have school coming up here fast so we needed to get my feeling better ASAP. I already had a sinus surgery set up for August 10th which should help my coughing cause I wouldn't have any more post nasal drip going on while I try and sleep. 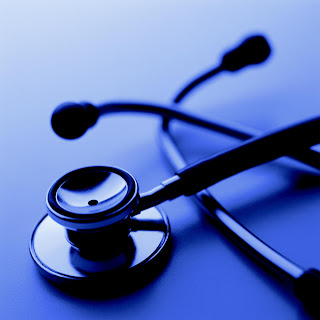 The appointment didn't go as well as I had hoped but I knew by the way I was feeling it wouldn't be good. My PFT's were at 44% which was lower then when I started iv's this summer. The doctor didn't feel as if I need iv's that I should be able to just pop back up so he put me on Cipro and Amoxicllin for 10 days. He also said he would be so a bronchosocopy along with the doctor that is doing my sinus surgery to clean out gunk in my lungs. It took a bit till I started to feel better but a week later I still wasn't feeling up to par. So today I went in to blow and see what else could be done or if I needed another PICC. It went alot better then I expected!! I blew a 53% I was so excited!! That was only down 3 percent from where I was after iv's. They put me on Zyvox to take along with my meds so my PFT's should be back up near the 60's in no time. I have been sleeping with oxygen for a couple weeks now and I am absolutely in love. I feel so great when I wake up in the morning now and it only took me a couple days to get use to the nose and things in my nose while I sleep. I am so blessed to have such amazing doctors that work so hard in getting me the care I need. They are like family to me (I see them more then some of my actually family lol) They love to see my succeed so they do all that is in the power to give me and my lungs the strength to succeed.
Posted by Brianne Houston at 3:05 PM