500 miles and the chance of a life time!

About 20 years ago North Stake did a bike trip for the young men spanning 500 miles. They would be driven up to Salt Lake from where they would ride their bikes home. My Dad as a 16 y/o went on this trip! 5 years ago they did this very trip again, this time around my Dad was one of the leaders that got to ride with the boys. This past week was the third time this trip was taken. This time around my younger brother was on the bike, my Dad was support truck and my Momma was part of the cooking crew!

My parents headed up to Salt Lake on Friday to make sure things were in order for the boys who go there Saturday. First came the day of rest then Monday they started riding! We were worried about my brother making it the whole way. For those who know my family you know that all 3 of us kids have CF. Having CF has never stopped any of us from trying something new, but he had to train and plan alot more for this ride then the other boys. He trained with Boyd (one of the leaders, who is also my Dad's best friend, a relative and has done this ride 3 times now) 2-3 times a week and also did the long weekend rides with all the other boys. My mom working with out CF team to make sure he had all the salt and carbs he needed to have the energy and power to make this ride. His first long weekend ride he passed out towards then end from then on every Friday night we had pasta and the week before the ride we made dinners that would help him "carb load". Unfortunately even when you plan everything out there is always those things that aren't in your control. One of those things is the mean Mr. Cold Virus! A few days before the ride my brother was stuffy, had a sore throat and coughing. He did extra treatments and went on the trip as planned. Sunday night he was given a blessing and every night before bed I said a prayer that he would have the strength to make the ride the next morning. Guess what?! He rode all 500 miles!! He even made the longest day with the highest hill. I couldn't of been more proud of him! There ride coming in didn't go as planned. They were back in Nevada so it was HOT, there was a 30 mph headwind which slows them down drastically, and my poor brother was losing more salt then he could consume, but he pushed through and made it. 2 hours later then planned all 80 boys, support trucks and their leaders rode (drove for the trucks) into the church parking lot that was filled with signs, balloons and loved ones to congratulate them! 500 miles, 5 days, only one bad crash between bikers, and too many flat tires to count and those boys have completed a ride that has changed their lives! I am so proud of all of them. Oh and to top it off since Sam started training for this ride his lung function has gone up 15%! 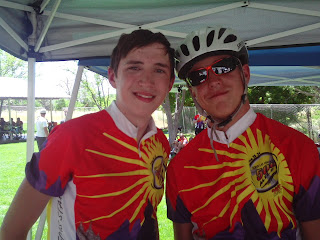 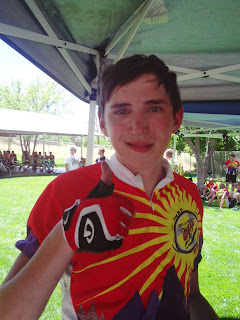 Sam after riding up the biggest hill on the 2nd day!
Take that CF! Sam just kicked your butt. 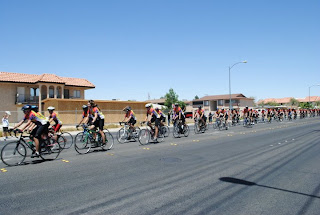 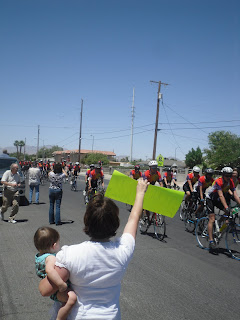 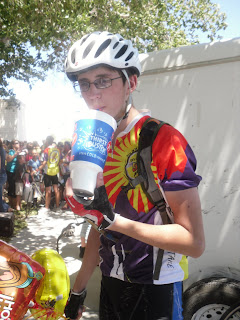 First thing my brother wants after his hottest ride?
A sip of Mom's Pepsi! 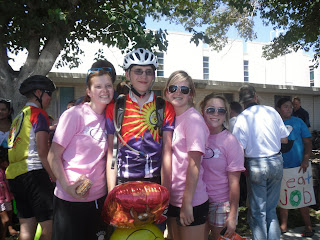 500 miles and he still gets the girls! 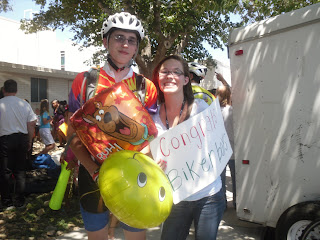 Brother and sister!!The balloons were from our Uncle Kib. 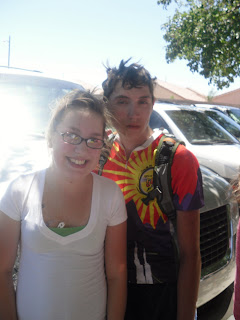 So I am windblown and unshowered, but Sam's hair was stuck like that!
Between the helmet, salt and sweat his hair wasn't going anywhere.
Posted by Brianne Houston at 3:02 PM 3 comments:

Well it's been a month since my last post and I didn't even get a Fathers Day post written. My second post EVER was actually on Fathers Day. Here is Father's Day post from last year! I love my Daddy and anything I could say wouldn't do him justice.

So far it's been a very long month. Heck it's been a really long 4 months. Anyone who has been following my blog or is a family or friend of mine you know what of conundrum I've been in health wise. I've basically been on some sort of oral or IV antibiotic since February with one hospital admit and also a bronch. The only thing really coming up on cultures is my normal staph but the medications that it's sensitive to isn't making me feel any better. Within a couple days of coming off the antibiotics I drop right back to where I was and start feeling really sick, and at one point I even coughed up blood for the first time. Not fun at all. An X-ray I got in March showed a "suspected pulmonary nodule" which could be an isolated infection which would explain all the problems so we got a CT scan and made an appointment with my doctor. I went into that appointment hoping to have the answer to my questions, but ended up having my doctor show me my CT scan and tell me for my age and numbers my lungs look great! (I know that should be good news, and it still was but that means we still had unanswered questions) We decided next step was a bronch. Maybe I was growing something deeper in my lungs, and it could never hurt to have a good clean out! Well I went in this week because I had sores in my mouth, I come to find out my numbers had dropped again. Luckily they actually had the results to my bronch. So far 3 things have grown, two of which are the same things I always grow and one was a mold. This mold doesn't normal cause problems like I am having unless you have an allergy to it. So they set me up on IV's (two meds I had never done before) and they ordered blood work to see if my IEG levels are high which would mean I was having an allergic reaction to the mold. Long story short I am not back on IV's for the 2 time in 4 months and these two meds are now the 5th ones I've been on in those 4 months. I'm crossing my fingers that this works and kicks what ever in the butt and I can finally have a few months of normal life without feeling exhausted and sick.

Don't get me wrong, even though I've been sick I still have it better then so many people out their and I've been so lucky to have such an amazing support system! Between my family, a friend I've grown very close to over the last few months (you know who are love!) and the other cysters out their that I've become veryclose to. I have such a blessed life, and am lucky to have a CF team that will do anything to help me feel better. I have a few pictures I would love to share of all the fun and good things I've been able to have on the few days I've felt good over the last few months (don't worry I won't show you my Arizona trip pictures again!) 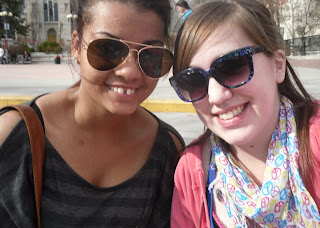 Movie date and relaxing by the River on my last day in Reno.
I miss my best friends so much! 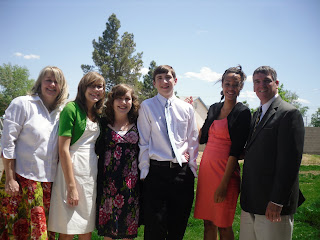 Easter Sunday outfits right after church,
before ALL our family came over for dinner! 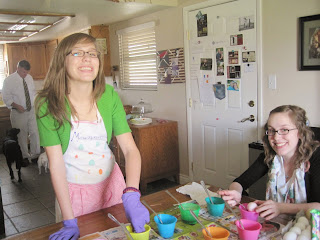 Coloring Easter Eggs with my sister 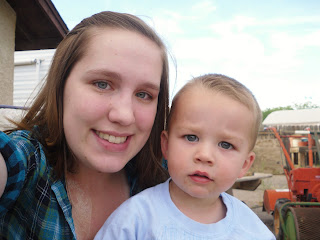 Hanging out with my little cousin Kael.
His family came to visit from AZ! 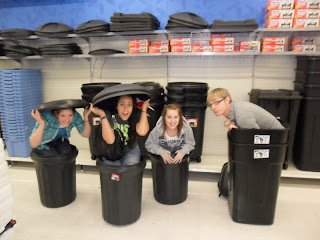 Scavenger Hunt for the singles ward FHE.
"Take a picture with a trash can" 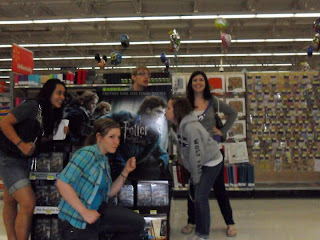 "Take a picture with a movie poster"
Yes I am kissing Harry! 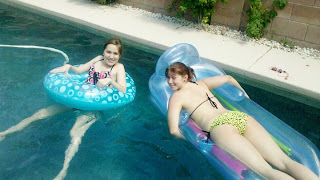 Swimming with my cousins Sierra and Dulcie!
Posted by Brianne Houston at 7:06 PM 2 comments: