So I'm crazy late about getting this blogged, but don't worry I shared it on facebook! Blogging takes way more effort then facebook. Anywho, for those who live under a rock & haven't heard, Vertex's new drug Kalydeco was finally approved & even earlier then planned!! This is the first drug of its kind to treat the underlying cause of CF & not just the symptoms! Which means it'll help the faulty cells do what they are suppose to. The trials showed amazing results, which is why it was fast tracked through the FDA. People on the drug during the trials showed increases in there PFT's up 10% or more & found themselves spending less time in hospitals. One girl who was on the trial said she's run 3 5k since being on it.... How amazing is that?! 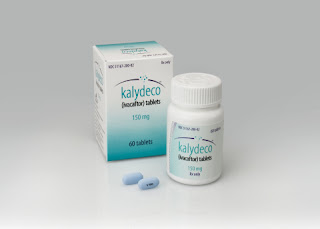 Unfortunately Kalydeco is only for a VERY small portion (4%) of those with Cystic Fibrosis. This drug is targeted at treating those with the gene mutation G551D. Us 3 kids are all double Df508, but that does not stop me from celebrating!! I have two amazing friends that should have this drug within the next couple months!! Of course nobody knows if this will work as it did in trials, or on everybody the same but seriously this is a HUGE step in the CF community & we couldn't of done it without all the millions of dollars donated from people like you. Thank you can't even begin to explain my appreciation to all those who give time & money to the CF Foundation!

One of my best friends sent me picture mail the morning the FDA approval was announced with a picture of CFF's facebook page announcing the approval asking me if this was good news for me... I was so touched to see how much he cared & how in the know he was. Like I mentioned before I don't have the right gene mutation for this drug in particular, but don't worry!! Vertex is in a phase 2 trial of the drug that will treat my DF508 mutation, which is the most common mutation out there. This drug is VX-809/Kalydeco. They are mixing these 2 drugs together hoping to get the same effect as this one that was just approved. I've never felt so much hope & excitement in my life before. If I can stay where I am CF wise & if Vertex gets the promising results their hoping for, my life may completely change!
Posted by Brianne Houston at 11:25 PM